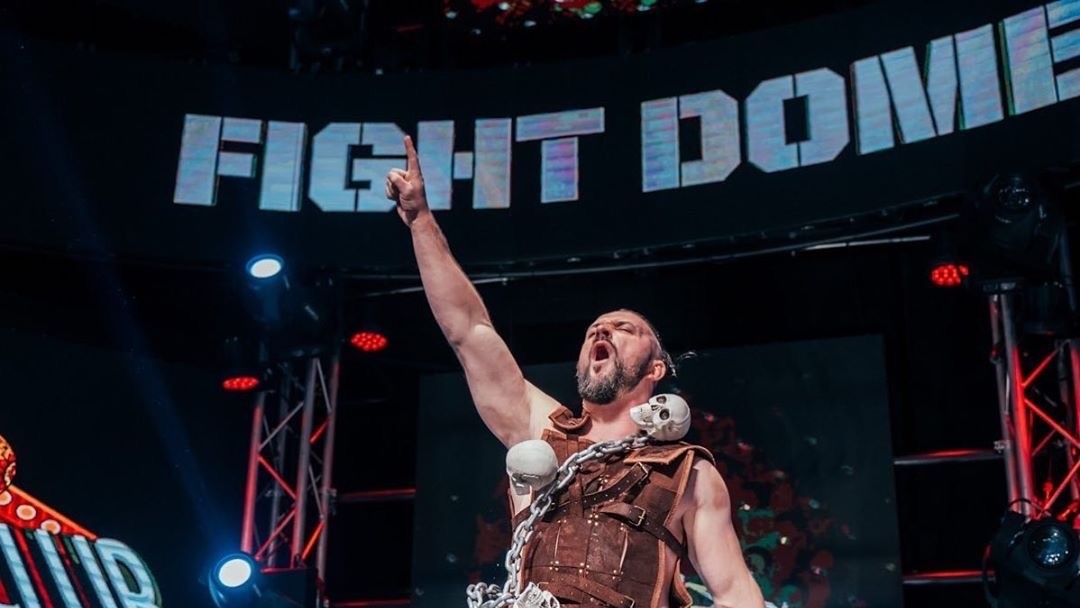 Great interview with Calder McColl have a read, let us know what you think! How has the pandemic affected you?

Calder McColl was reaching for the ever-present brass ring.

On April 2, McColl was supposed to be in Tampa, Fla., for WrestleMania weekend. Aside from the obvious presence of WWE, ‘Mania weekend has traditionally been a major gathering point for indie promotions and wrestlers around the world; wrestling talent converges wherever WrestleMania takes place. The weekend is home to all sorts of wrestling events, giving previously unheard-of or little-known grapplers the chance to make themselves famous.

McColl, a 31-year-old Scotsman, was staring down his biggest, most significant opportunity to rock the wrestling world during a decades-long odyssey to get big. But just a few weeks earlier, on March 12, the sports world came to a stop due to the COVID-19 pandemic. Wrestling was no exception.

So instead of lacing up his boots for the appearance, McColl was home, on the phone with Sporting News, talking about what went wrong.

“It was personally probably the biggest opportunity I’ve got so far,” McColl told Sporting News, with just a hint of distress. “I’d gotten an opportunity to be on Josh Barnett’s Bloodsport show, which is annually, one of the bigger indie shows anticipated each year. It’s in its third year right now. I had a marquee match, there was only eight matches on it.

“So personally, that was gonna be a big deal for me. Just for exposure, name value.” 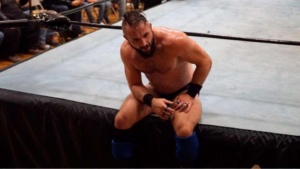 Just like that, the coronavirus rendered null McColl’s chance at stardom during WrestleMania weekend. Like every other professional athlete on the planet, McColl has felt the bodyslam of the pandemic.

For wrestlers, living life on the road — regardless of whether you’re signed — is a big part of the gig. The coronavirus, though, is clearly just a speed bump on McColl’s road to stardom. While his star isn’t shining as bright as it can just yet, that doesn’t make him any less accomplished in the ring. McColl’s wrestling journey started when he was just 14 years old: He started training while living with his mother in a women’s shelter in Scotland. Just two years later, McColl started learning MMA, mostly as a way of defending himself.

When McColl turned 19, he was faced with a tough decision: Does he continue on the route of becoming a budding MMA star, or stick with pro wrestling, which he described as equally intensive?

“I was kind of like, ‘OK, well I’ve got to put my eggs in one basket here,’ like, if I want to be good at MMA and get to a higher level, I’ve got to commit more to it,” McColl said. “But pro wrestling’s pretty intensive as it is.

Size deficiencies aside, McColl made himself a career in MMA, including a run in the states from 2011 to 2015. McColl couldn’t avoid the wrestling ring, though, eventually settling on a full-time career as a wrestler in 2018.

Over a decade and two continents later, McColl has wrestled more than 350 matches across 20-plus promotions and at one point was considered to be a top MMA fighter in Scotland. As a full-time wrestler now, McColl’s MMA background — Scottish Strong Style, as he coined — has given him a certain brand in the ring, combining his shoot-fighting background with in-ring psychology.

How is that accomplished? McColl relies on a heavy helping of kicks and uses knowledge he gained from MMA when it comes to body manipulation and knowing what holds hurt the most. It added a level of legitimacy.

“I feel like having real knowledge of how various techniques are performed was really able to get me an idea like how to perform them, or what kind of fashion,” McColl told SN. “But the thing is, you can really tell who has background and who doesn’t have background. So I just feel like having that little bit of knowledge gives myself a little bit more authenticity.”

That Scottish Strong Style is a personal brand to McColl. It’s a certain point of pride for him — it’s not just a brand of wrestling, but a mindset.

While Scottish Strong Style speaks to strength, pride and honor, not even the guys in tights have been about to wrestle their way out of the coronavirus situation. McColl has been no exception. McColl has dealt with some financial hardships due to the COVID-19 pandemic in the state of Nevada, where he hangs his hat.

This is the unfortunate life of the independent wrestler at the moment: appearances canceled, uncertainty of when the next dates may come and coronavirus throwing buckets of ice water on whatever heat they may have built up over recent months. For guys who live appearance-to-appearance and spend months at a time on the road, it’s a painful reality — one that hurts a little bit more than your average athlete.

Consider this: Of the thousands upon thousands of wrestlers who remain unsigned, either by choice or not, it’s hard to stand out among the crowd in a normal year. Getting booking dates can be an exceptionally difficult thing to accomplish, regardless of whether you’re a rookie or veteran. There’s a lot that goes into it, as well — politics, personality, ability and so forth. Making a career as a wrestler isn’t easy, especially if you’re out on your own and not produced by a big talent pipeline.

So when ‘Mania weekend rolls around and thousands flock to wherever it’s being held, that opportunity for indy guys is like striking gold. For that to be gone by a 3-count in 2020, it’s a tough pill to swallow.

“I would imagine a lot of performers who were in the exact same boat — that was going to be the big weekend of the year for exposure, for making money, just for being an independent performer. That was gone,” McColl said.

For many others like McColl, wrestling just hasn’t been an option. Unlike pro sports where a lot of athletes can lean back on millions of dollars in the bank and look toward sports returning at some point in 2020, indy wrestlers are in a holding pattern waiting to get back to the ring with uncertainty as to when the bell may ring again.

McColl admits, as someone who is usually “on the go,” it’s weird for his schedule to have come to a complete stop. For grapplers who are on the road a majority of their time, making their way from appearance to appearance and state to state, crisscrossing the nation at any given moment, it’s a culture shock.

“In pro wrestling, if I have a good week, maybe I’ll wrestle three to four times a week, you know? So there’s a grind aspect. We’re always in the grind, we’re always working, we’re always coming up with new stuff, coming up, seeking new problems — but that just has all been halted.

“So there is a little bit like cabin fever, stir fever from being like, really, really busy trying to schedule out performances, shows, travel, family, trying to mix everything in, and now it’s gone to zero. And it’s weird.”

It’s an odd paradigm shift to witness. Pro wrestling has been a consistent, unstoppable stream of entertainment around the world for decades. Between the top promotions around the globe — WWE, NJPW, AEW, Impact Wrestling to name a few — and the independent scene, wrestling is legitimately non-stop and has even provided a lift for those craving live sports while the sports world is at a standstill. That’s something McColl has noticed, as well.

“The weird thing about that is, we have the two top dogs, WWE and AEW, who haven’t entirely shut down yet. But literally everyone else is shut down,” McColl said. “Even upper independents like GCW, ROH, New Japan, bigger European promotions, everyone shut down apart from these two big dogs. So it’s a very strange landscape right now. 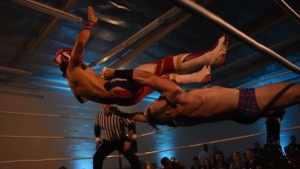 “Yes, we’re still wrestling on, but not for the majority of the wrestling community.”

To that end, AEW and WWE have come under some fire for continuing to stage shows. Though both promotions have operated with only essential personnel during their live and taped programming, WWE was recently deemed an “essential business” in the state of Florida, allowing Vince McMahon’s wrestling conglomerate to continue on despite the pandemic. AEW also recently announced their intentions to continue their live programming in a few months from their home base in Jacksonville, Fla.

While McColl isn’t a member of either promotion, as someone who has been working since age 15, it’s hard to imagine something as little as a global pandemic deterring him from reaching his ultimate goals in the wrestling world. McColl is focused on what lies ahead — hopefully that means one day having the opportunity to share the ring with a Kenny Omega or a Kazuchika Okada.

But dreams of the future, big opportunities and dazzling matches doesn’t mean he’s not missing the ring now.

“From the performance aspect, to the sporting aspect of it, to just the feeling of the crowds … I miss performing,” McColl said. “Literally everything about it.” 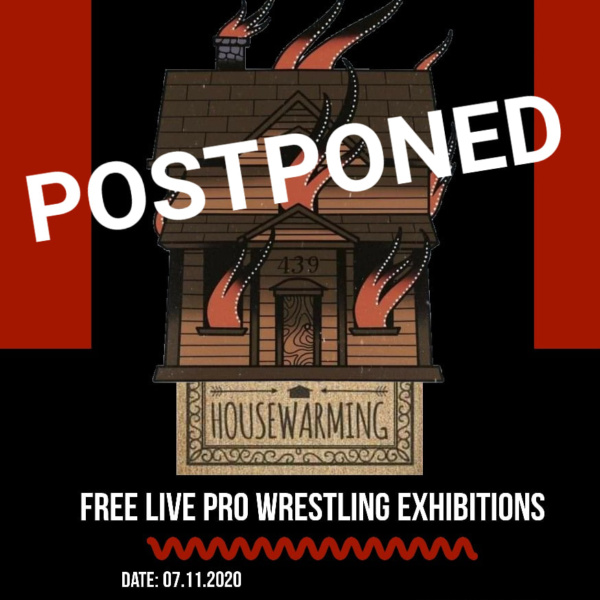 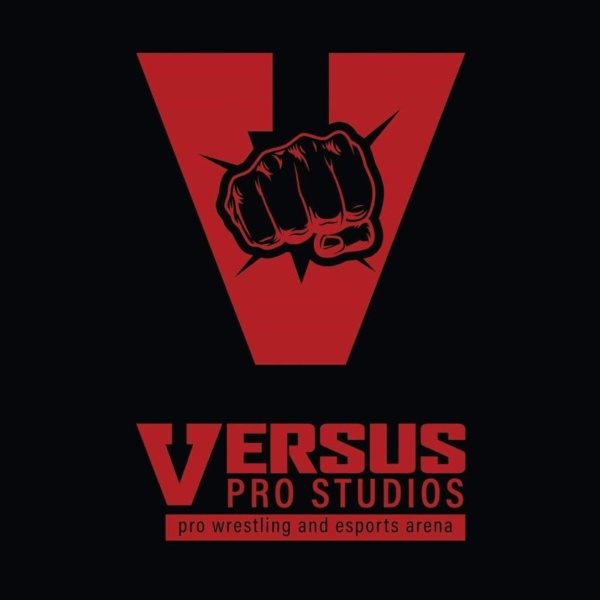 VERSUS Pro Studios Opens For Training

TAKE VERSUS ON THE GO