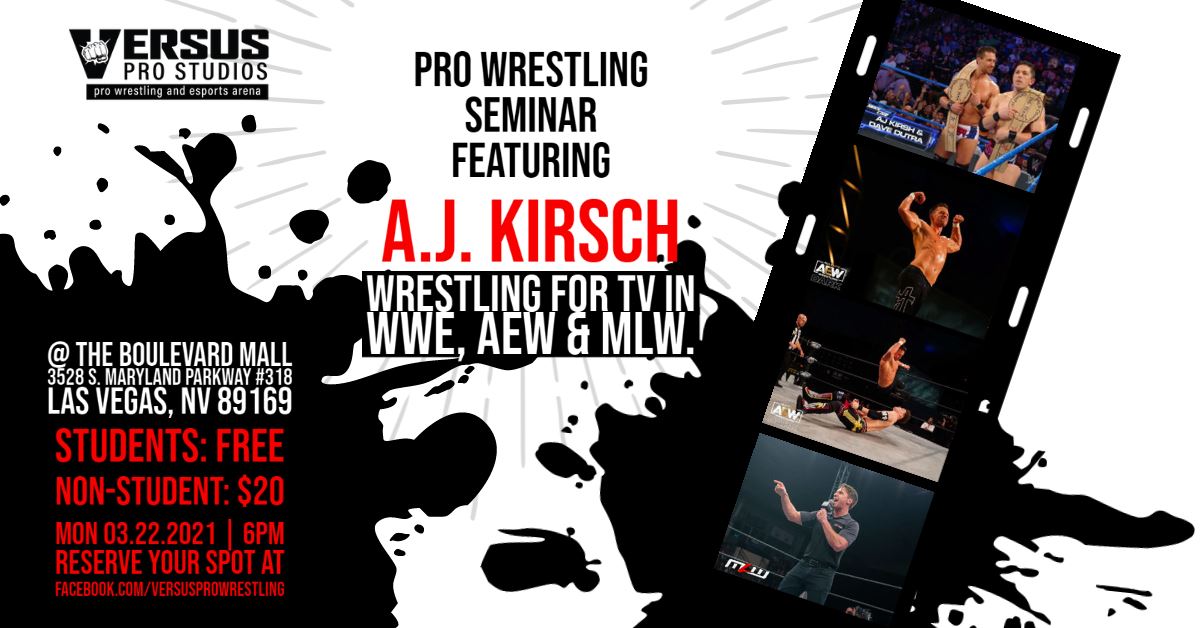 A.J. Kirsch drops by Versus Pro Studios to share a detailed look at the differences between performing on a typical live independent pro wrestling show and working a televised event, the do’s and do not’s of being backstage at a major televised pro wrestling production, what to prepare for if you get a tryout, and how you can make the most of these challenging times to be as ready as possible when the world (and pro wrestling) is back in full swing.

A.J. wrestled on AEW DARK earlier this year, has six stints as extra talent with WWE over his 15-year career, and 18 months of on-air commentary experience with Major League Wrestling. Don’t miss your chance to hear stories, ask questions, and pick the brain of one of the most well-rounded and multi-talented performers today! 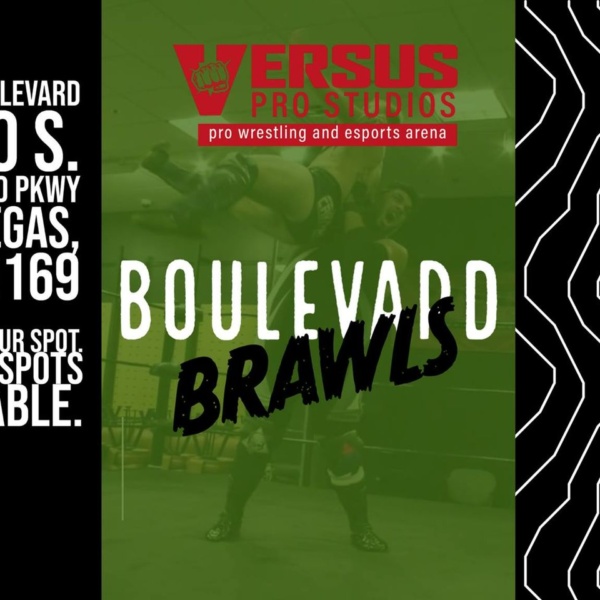 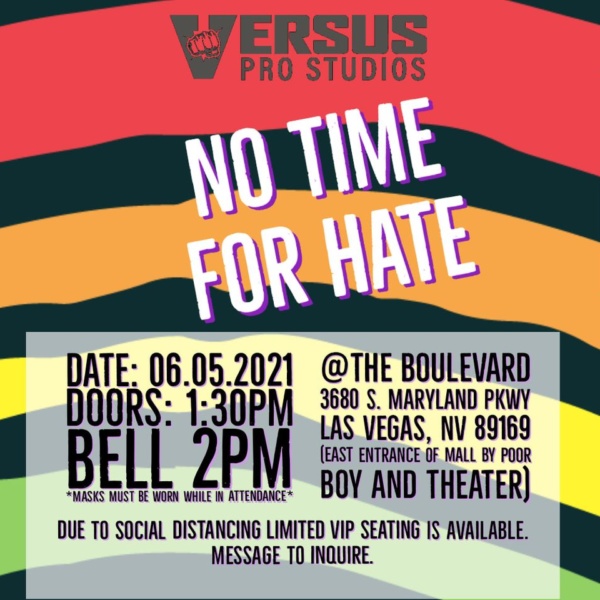 Housewarming: The Clinic vs Devil’s Cathedral

TAKE VERSUS ON THE GO